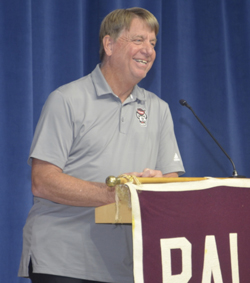 Wes Moore, head NCSU women's basketball coach, spoke at the club luncheon on October 20, 2021. The Lady Pack team has won back to back ACC Tournament Championships the past two years and has been highly ranked nationally.

At the Raleigh Sports Club, we bring our members a wide and very impressive variety of speakers to our weekly meetings.  On any given week, you could hear from the head coach of a NCAA champion basketball team, a member of baseball’s Hall of Fame, or the receiver who made the winning catch in last week’s game.

Speakers who have delighted our members in past years

Here’s just a small sampling of some of the great sports figures that have spoken at the Raleigh Sports Club: 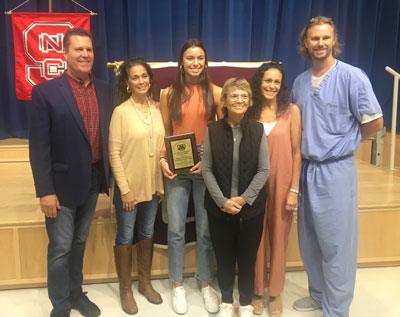